I have been looking forward to this time of year, almost as much as Christmas as I now get to update all my charts and again marvel at the boring predictability.
Things have gone up, down and round and round as per usual but the pattern of the 38 years covered gives me a warm sense of satisfaction. 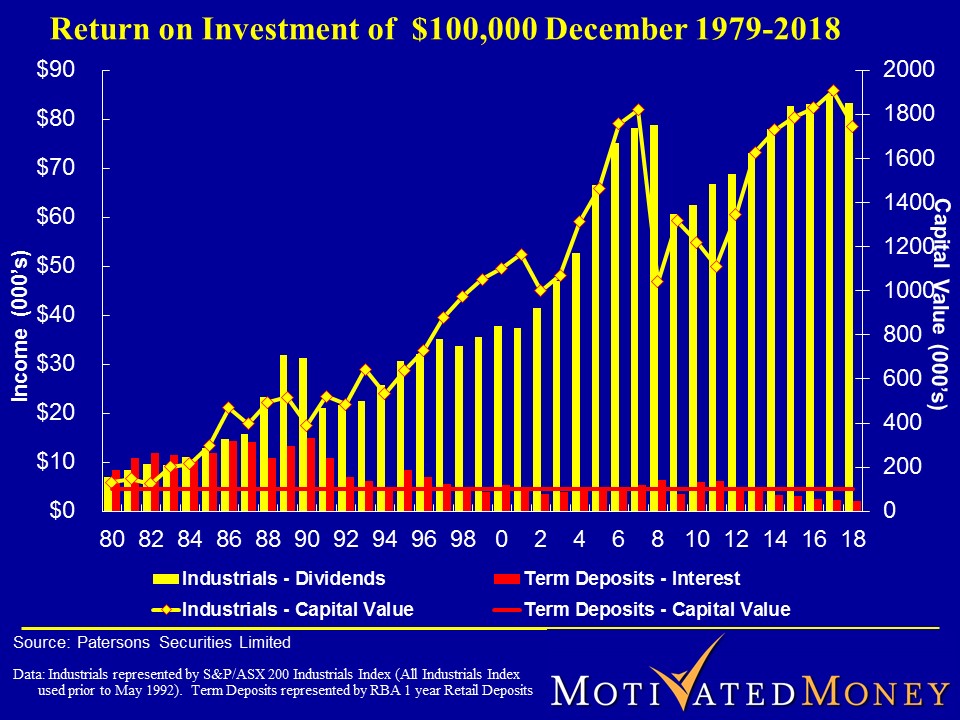 The greatest danger over the period covered above was relying on cash deposits for either income or accumulation. The ‘cash crash’ has been devastating.  From deposit rates of around 14% in the early 90’s to the current 2% constitutes a reduction in income of over 80%. Imagine the outcry if the sharemarket fell by this amount! Albeit, whilst the sharemarket can fluctuate sharply on a daily basis, with cash it was death by a thousand cuts. I think I can safely say that if the sharemarket displayed the same decline over the same period the problems would be far more serious as entire industries would all going backwards. The fluctuating yields are amply displayed in this next chart. 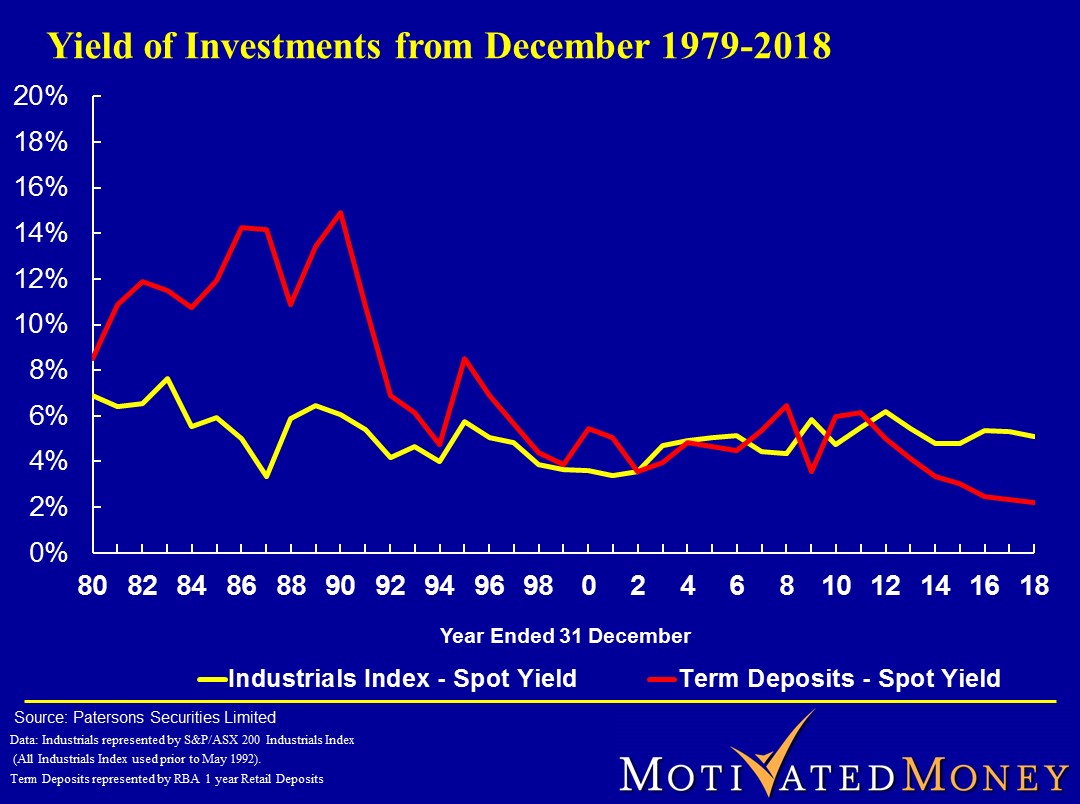 The aspect that concerns me most is the moral hazard that has been ramped up globally as careless governments and central banks slashed interest rates in a pathetic attempt to protect us from what will most certainly be the inevitable reckoning. However, let’s look on the bright side. During the GFC many companies raised fresh capital to bolster their balance sheets. I have followed 2 in detail since then, Commonwealth Bank and Wesfarmers. The results of these capital raisings for those with both the courage and the availability of cash to take them up has been nothing short of extraordinary. Consider the two examples below. 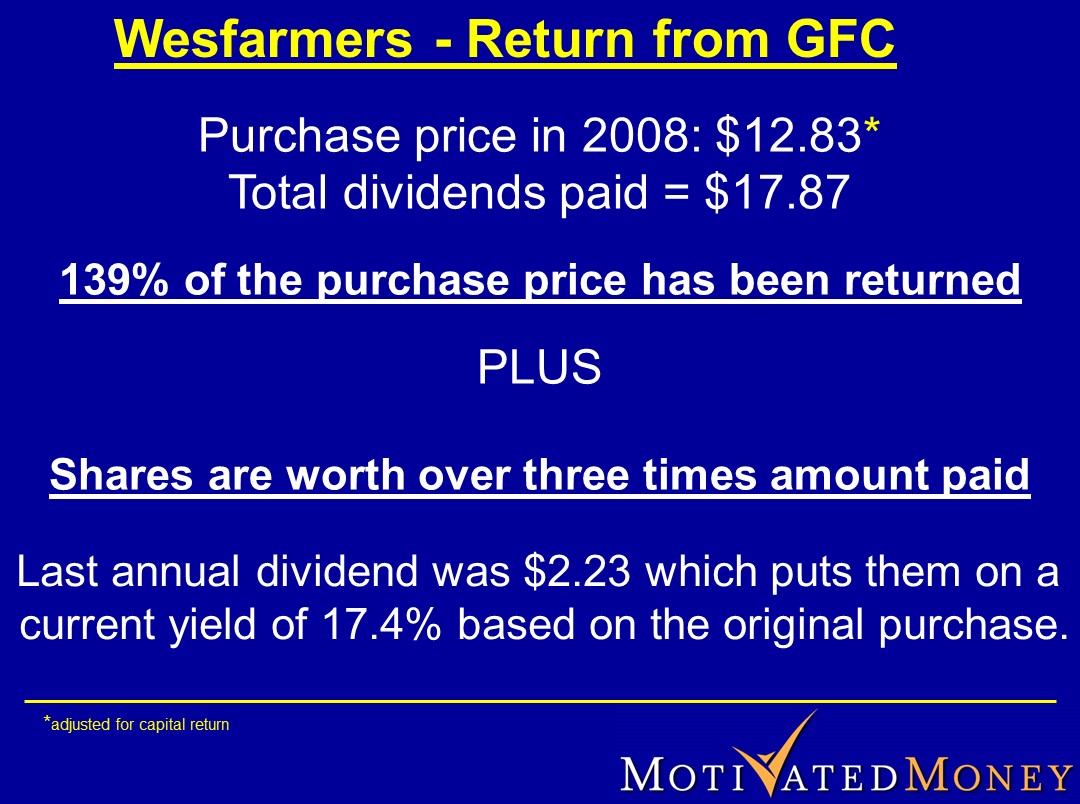 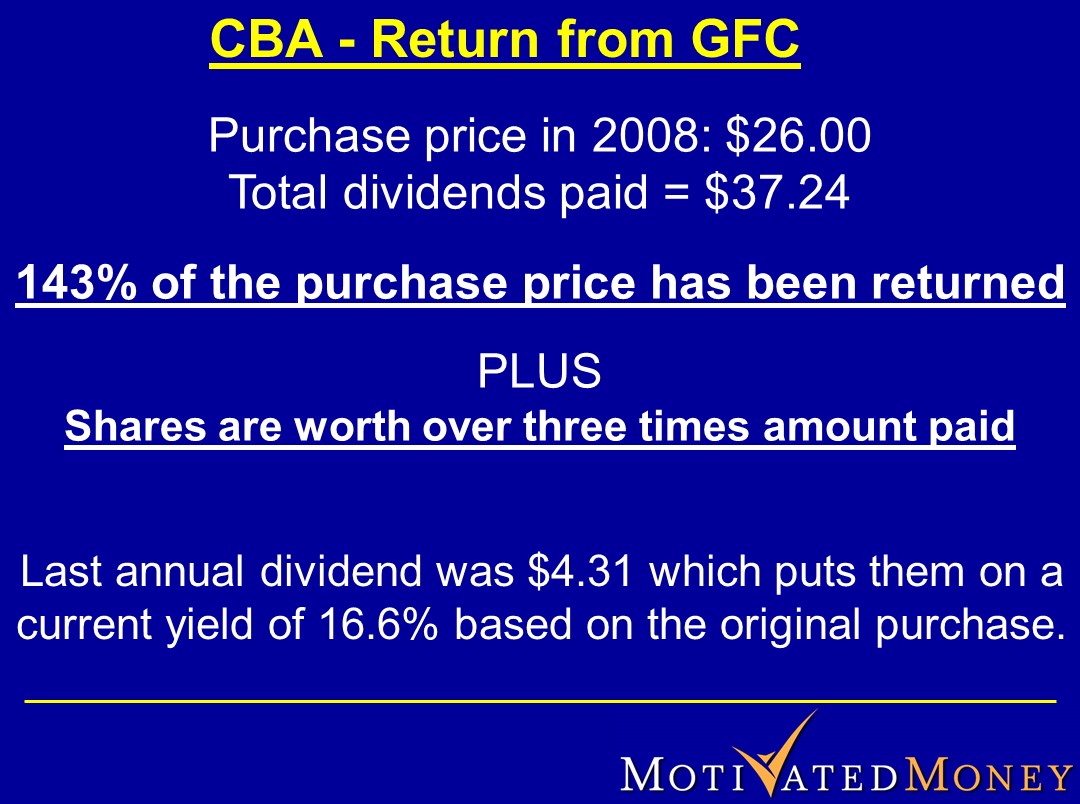 It was 2007, amidst this maelstrom that I finally decided to wind down my work and retire (sort of). Following my guiding principles of spending less than one earns and borrowing less than one can afford the benefits bestowed by taking advantage of these generous offers were manifold. In writing this article I have taken the trouble to go back to this period and identify the number of share purchase plans and rights issues that we availed ourselves of; it numbers 18. These additional purchases, subsequently, have had a profound impact on our financial recovery from the GFC.
In the meantime we remain patient; waiting for the next, inevitable bout of fearmongering.

Back to My Say